The first World Forum on Science and Democracy (WFSD) took place in Belém (Brazil) on January 26th and 27th and the first conclusions were presented during the Assemblies of the Alliances Day of the World Social Forum on February 1st, 2009. It was a success beyond what the initiators and organizers were expected, particularly with regard to the human and financial means, which allowed this forum to be held, were “modest”. 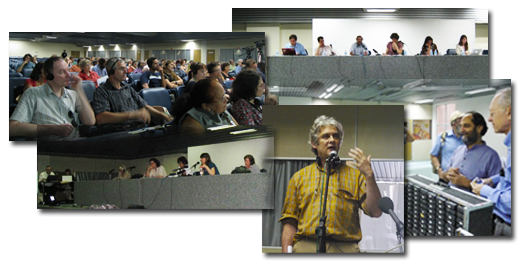 Nearly 300 delegates, coming from 18 countries on 4 continents, shared on the place that sciences and technologies have on the “march of the world”, on their evolutions and on the necessity of the emergence, on an international scale, of a network-space, which could put in prospects the working of the scientific institutions (funding, scientific politics, knowledge production) in the globalization era and linked with social movements.

Listen to the debates of the 1st WFSD.

Read the political conclusions of the 1st WFSD.